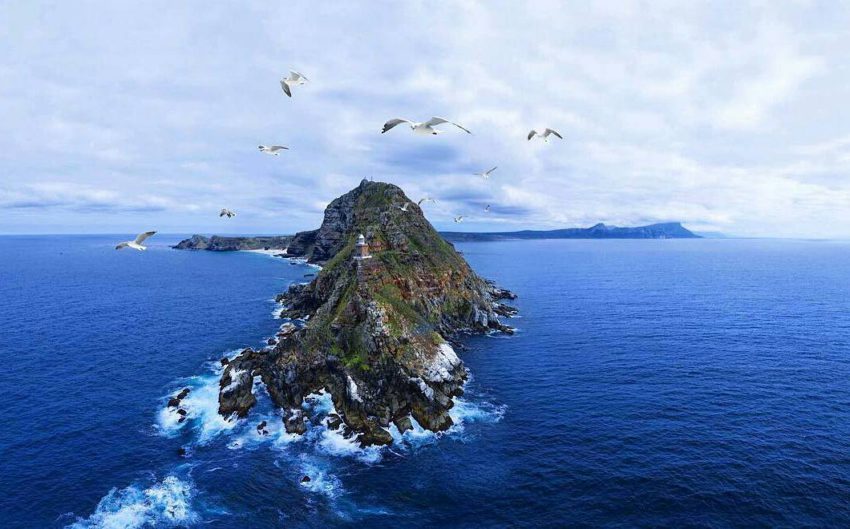 Iconic South African destination, Cape Point Cape Town – known for African ocean currents colliding over rugged rocks and sheer cliffs towering more than 200m above the sea and cutting deep into the ocean – this is the place to come to witness where two oceans meet.  It is a must see on any visit to Cape Town: South Africa’s Mother City.

Getting to Cape Point Cape Town 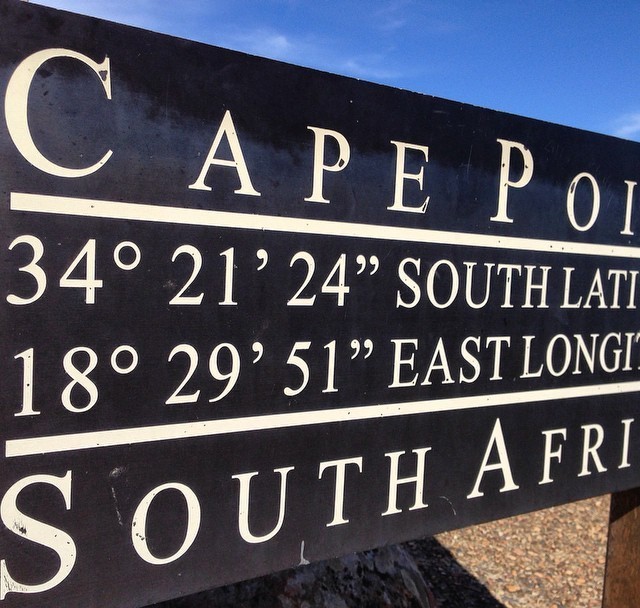 All roads eventually lead to Cape Point, the most south-westerly tip of Africa and the end of the Cape Peninsula.  You arrive at Cape Point after either driving along the Atlantic Seaboard from the V&A Waterfront towards Sea Point, through beautiful Camps Bay, Hout Bay, over the iconic Chapmans Peak Drive to Noordhoek and Kommetjie and you will reach the southern tip of Cape Town.

The other option is from Cape Town CBD head towards the University of Cape Town, pass the wonderful Kirstenbosch Gardens towards False Bay past the seaside towns of Muizenberg, Kalk Bay and Simon’s Town.  Whichever you choose, the 60km journey will be beautiful and scenic.  While this is part of the adventure, the reward at the destination is even greater, with stretches of fynbos, breath-taking bays, beaches and rolling green hills and valleys.

The Cape of Storms – where two oceans meet 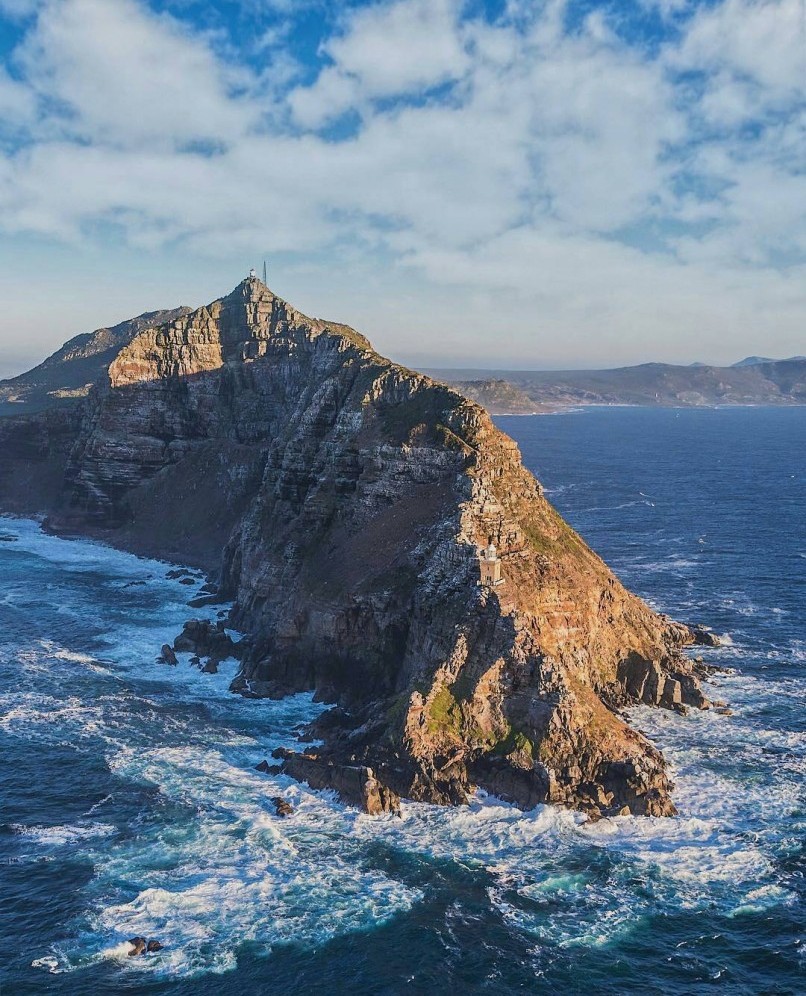 Apart from the view, you’ll be able to see the most powerful lighthouse on the South African coast, which helps guide ships safely through the perilous waters that have seen to the end of many a vessel.  Not for nothing was the point named “Cape of Storms” by Dias in 1488.  For centuries it was a navigational landmark for mariners, and by night and in fog, it was a menace beset by violent storms and dangerous rocks.  There are 26 recorded shipwrecks in the area and you’ll be able to spot some of them.

Why two lighthouses at Cape Point? 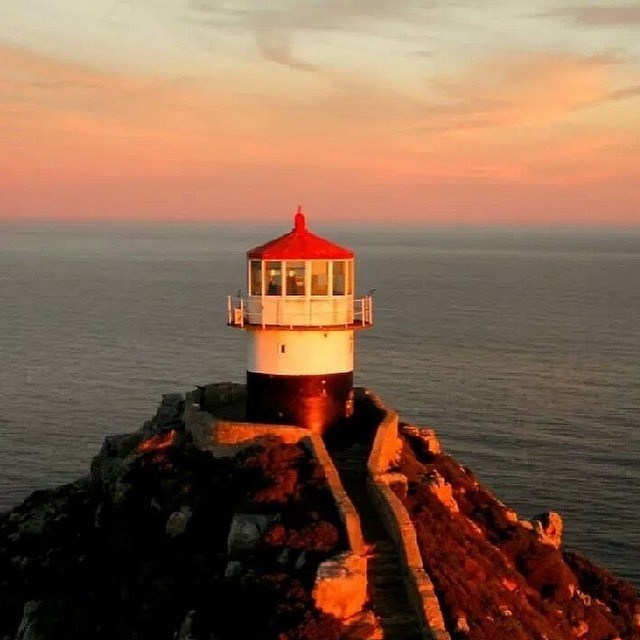 Construction of Cape Points first lighthouse started in 1850 at the highest point in the reserve, 238m above sea level.  The lighthouse was first lit on 1 May and emitted a 12 second pulse of 2000 candlepower light every minute.  However, the highest point at Cape Point did not end up being the best sight for a lighthouse due to low hanging clouds, which resulted in obscured light for up to 900 hours a year.

Construction on the second lighthouse, 87 m above sea level at Dias Peak, started in 1913 and was completed in 1919.  Construction was delayed due to the First World War and accessibility to the building site.  This lighthouse was eventually electrified in 1936.  At 19 million candlepower, it became the most powerful lighthouse in Africa.

The original lighthouse is now used as the centralised monitoring point for all the lighthouses on the coast of South Africa.  Access to this historical building is by an exhilarating three-minute ride in the Flying Dutchman Funicular that transfers visitors from the lower station at 127m above sea level to the upper station at 238m.  The funicular railway takes it name from the local legend of the Flying Dutchman ghost ship. Apart from offering visitors and exciting and novel method of travel, taking the funicular saves them a long uphill walk from the car park to see the old lighthouse and enjoy the panoramic views.  Africa’s only commercial funicular is also wheelchair friendly and leaves from the lower station every three minutes. 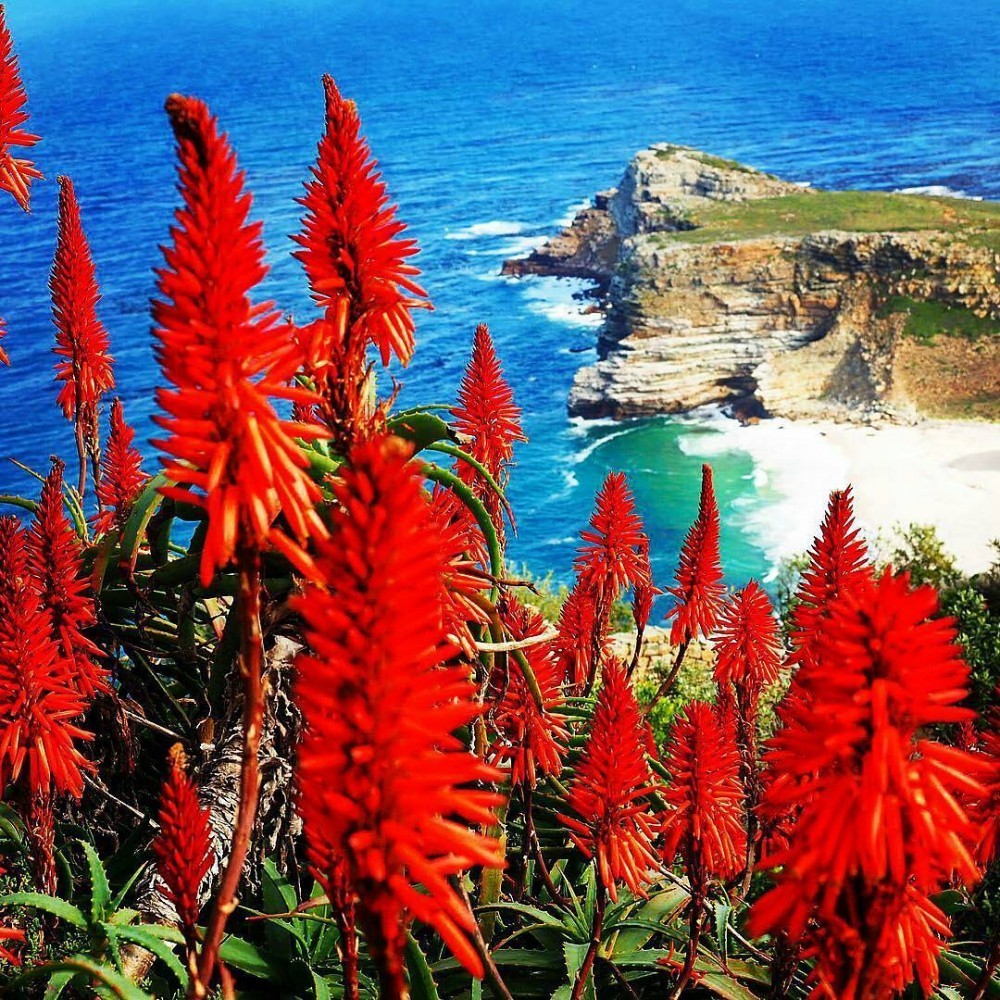 Like Table Mountain and Kirstenbosch, Cape Point falls within the Cape Floral Region, a world heritage site.  It is also the most southerly point within the Cape of Good Hope reserve of Table Mountain National Park.  The Cape floral kingdom is one of the richest areas for plants in the world, home to nearly 20% of Africa’s flora.

Look out for 250 species of pelagic birds, zebra, eland, and the man species of reptiles as well as small mammals.  Chacma baboons are common here, especially at the point itself.  Do not feed them as they are wild animals, best to stay well away from any baboons you see in the reserve.

Eating at the point where two oceans meet 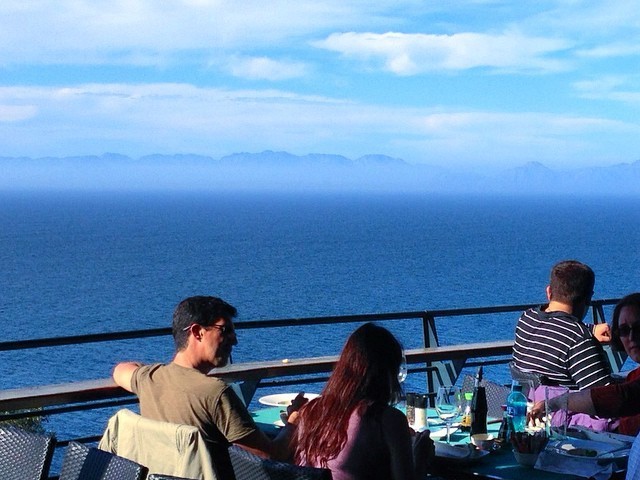 There are two options for getting food at Cape Point.  The Two Oceans Restaurant occupies an enviable position above False Bay at the southwestern tip of Africa.  The restaurant is famous for its seafood cuisine as it is for a superb wooden deck that looks out onto one the most stunning ocean views in South Africa.

The other option is the Food Shop which has a variety of light take-away meals and refreshments for those wanting a quick, casual bite to eat.  A selection of sandwiches, pizzas, coffee and snacks is available, and visitors can enjoy their meals in the outside seating area.

Memorabilia of your visit to Cape Point Cape Town

There are three shops near the upper and lower funicular stations selling a range of Cape Point- and traditionally South African – memorabilia, curious and souvenirs.  Each store has a unique take on the natural beauty and fascinating maritime history that defines Cape Point and is well stocked with items to remind you of your trip to the most south western corner of Africa. The shops also stock some travel essentials like sun block if required. 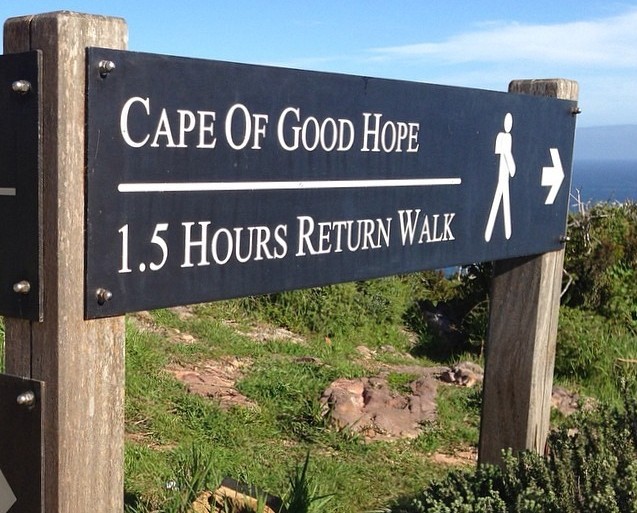 Information about the plants and animals to look for during each season can be found at the Cape of Good Hope Visitors Centre.  The reserve is a favourite of outdoor enthusiasts and offeres hiking, surfing, angling, picnicking, beaching and cycling opportunities against the spectacular backdrop of the mountains and coastline of the Cape Peninsula.  Free guided walks are offered at Cape Point on selected Sunday mornings throughout the year.

For a fun information rich and easy to use way of enhancing your exploration, simply download the Cape Point audio tour, plug in your earphones and press play.  Starting from the main parking area, the audio tour shares fascinating information about the national park’s maritime history, fauna, flora, Cape Point legends and the funicular.  Using the highly accessible platform, Voicemaps, the audio tour is available for free download via Apple and Google play stores.

We hope you enjoy your visit to Cape Point Cape Town and we will be more than happy to answer any questions you might have.

Save money and avoid queues